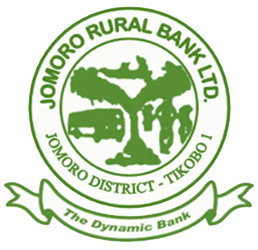 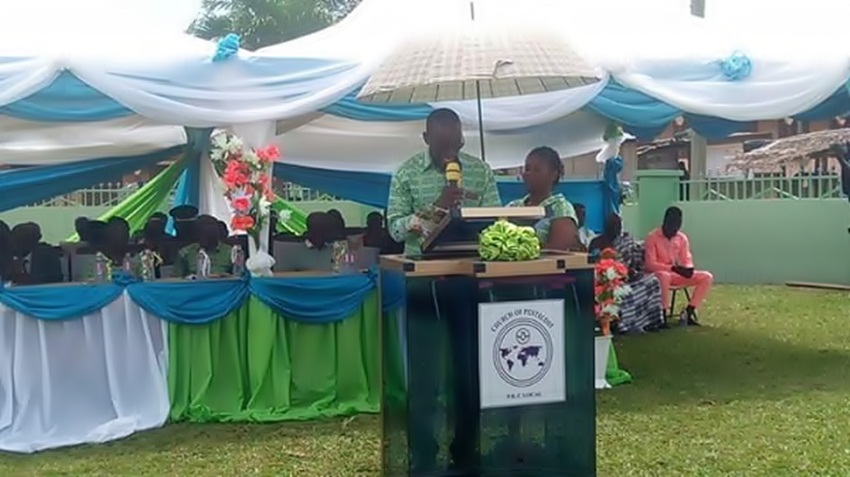 The Jomoro Rural Bank Limited at Tikobo Number One in the Jomoro Municipality of the Western Region has posted an outstanding operational performance in the 2017 fiscal year with a profit after tax of GH¢532,675.00.

The Chairman of the Board of Directors, Prof. Cosmas Cobbold, announced this at the 21st Annual General Meeting (AGM) held last Saturday, November 3, 2018, at the forecourt of the bank’s Head Office building at Tikobo No. 1.

He pointed out that the 2016 financial year witnessed shocks in the economy resulting in a rise in inflation and depreciation of the cedi against major currencies, upward adjustment in prices of petroleum products, transport cost, interest rates trended downward, Monetary Policy Rate (MPR) was also cumulatively reduced from 25.5% to 20% among others.

Dr Cosmos said Ghana’s Gross Domestic Product (GDP) growth in 2017 was estimated at 8.5 per cent compared to 3.7 per cent in 2016 adding that general economic activities in the country could best be described as modest.

He admitted that in spite of the challenging macro-economic environment and other factors that pertained during the year, the Bank managed to pull yet another satisfactory operational performance in all its financial indicators.

Giving the highlights on advances, the Board Chairman said the Bank continued to provide credit facilities to small and medium scale enterprises, farmers and salaried workers within its catchment areas bringing the total amount disbursed to its customers to GH¢9,044,714.00 during the year under review.

On the payment of dividends, Dr cosmos said “Consistent with our decision not to declare dividend until the bank has fully complied with the provisions of section 35 of the Banks in and Specialized Deposits Taking Institutions Act, 2016 (Act 930), the Directors did not recommend payment of dividend for the year ended 31st December 2017. The year 2017, however, marks the end of non-payment of dividends. It is expected that barring any unforeseen circumstances, the Directors will be declaring dividends at the next AGM”.

He added “With the issues that inhibited dividend payment expected to be addressed fully by the end of the year, the stage is set for payment of dividends, hopefully, at the 22nd AGM. We have noted, however, that most shareholders have still not updated their records on the share register. I wish to, once again, appeal to all members to visit any of our branches and update their records”.

As part of its corporate social responsibility, the Bank provided assistance to various communities, institutions and individuals within its catchment area, Prof Cosmas said apart from affording over 30 students from various tertiary institutions in the country the opportunity to undertake their internships, the bank spent a total amount of GHc10,105.00 in the areas of education, health, sports and culture in the year under review.

On infrastructure development, Prof. Cosmas revealed “Distinguished shareholders, two of our agencies, Aiyinasi and Boinso, have operated manually ever since they were established about 8 years ago. The manual operation of these agencies affected the delivery of service to our customers in those areas and the operations of the bank as a whole. I am happy to announce that we have successfully computerized the Boinso Agency, and relocated the Aiyinasi Agency to a fully computerized, well-furnished and spacious modern banking premises wholly owned by the bank.

He added that the Board and Management would be committed to improving upon the physical infrastructure of the bank to bring it to the state-of-the-art status.

On the human capital development, he said the Board of Directors would remain in its total commitment to staff development.

He added “In that regard, a good number of our staff members were given the opportunity to pursue approved programmes in various tertiary institutions in the country. Our staff also participated fully in internal training programmes as well as training program organized by the Association of Rural Banks, the ARP Apex Bank, and the Bank of Ghana in the year under consideration”.

On the Bank of Ghana Minimum Capital Requirement, Prof. Cosmas announced that the bank has met the requirement.

“Distinguished shareholders, the Bank of Ghana in 2015 directed all Rural and Community Banks in the country to increase their minimum capital to GHc1,000,000.00 by 31st December 2017. I am happy to inform you that your bank has met the GHc1,000,000.00 capital requirement”, he revealed.

On the Directors, he announced that in accordance with Section 298 of the Companies Code, 1963, Act 179, Mr Samuel Alex Bervel and Mrs Gifty Erzoah-Bebodu have retired by rotation at this AGM.

The two were re-elected to occupy their positions per the Code stipulated.

The Directors recommended Asamoa Bonsu and Co to the shareholders for appointment as the bank’s auditors in the line with section 81 (1) of Act 930 of BSDTI and the shareholders agreed and they were appointed.

The Bank, therefore commended the outgoing Auditors, Kwesi and Partners for their invaluable contributions towards the growth of the bank. They served for six good years.

Projecting into the future, Dr Cosmas noted that “2018 has been a very challenging year for the financial sector in Ghana. Five indigenous banks collapsed on grounds of poor corporate governance practices, high non-performing assets, insolvency and illiquidity. Some Savings and Loans institutions experienced panic withdrawals that have left them in very precarious financial situations.

He added “In the wake of these challenges the Bank of Ghana introduced several reforms to sanitize the financial sector. Banks are expected to ensure full implementation of IFRS 9 and Base II/III will, without doubt, have a huge impact on profitability and solvency in 2018 and beyond”.

“Being fully aware of the developments in the industry, distinguished shareholders, your bank has put in place a five-year strategic plan that is anchored on solvency and liquidity, growth and profitability, human capital development, infrastructure development and delivery of quality service. It is expected that the successful execution of the strategic plan will put the bank on its way becoming the most secure and reliable bank in Ghana”, he assured.

He also assured that the bank would be continued to deepen its relationship with all relevant stakeholders and comply with the necessary regulations that govern their operations.

The Auditor’s report, contains in the financial statement, gave the true and fair view of the bank as at 31st December 2017 and its profit and cash flows for the period then ended in accordance with the International Financial Reporting Standards (IFRS) and in the manner required by the Companies Act, 1963 (Act 179).

In a congratulatory message, the Managing Director of the ARB Apex Bank, Mr Kojo Mattah, lauded the Board of Directors, Management, Shareholders and Staff of the Bank for the impressive performance posted by the Bank in 2016 and urged them to do more in the years ahead.

He commended the Jomoro Rural Bank Limited for meeting the Bank of Ghana minimum capital requirement of GHc1,000,000.00.

The Bank honoured ten outstanding staff for the year 2017 and citations were read for them.

The bank has Half Assini, Elubo, Tikobo No.2, Nzema Aiyinasi and Boinso as its branches.

The Corporate Ghana Hall of Fame is a group of Current and Former Board Chairpersons and top-notch Chief Execu...

JRB is a member of GDPC

JRB is a Member of GDPC